Posted: November 06, 2017 Under: Uncategorized By admin no Comments

Once we got out of the fence and put the planks back, my mom said, “I will walk over to Meg’s house and call the police. Jason, where is your car?”

He said, up ahead, and he pointed to a newer Chevy Impala which I had surmised was a rental. My mom grabbed Jason’s head with her hands and said, “My daughter’s life is in your hands. Put her in your car, have her duck down and get out of the neighborhood.”

We got in the Impala and drove out of the neighborhood as I crouched down in the backseat. When we got on the highway, Jason told me that several bikers with the same colors were parked at the convenience store sitting next to their bikes. I guess they were waiting to see if I showed up there. I cried.

I heard a voice in my head. It said, “I know you are scared, but you are stronger than you know.” It felt comforting and reassuring even though logically I should have been questioning my sanity at that point. 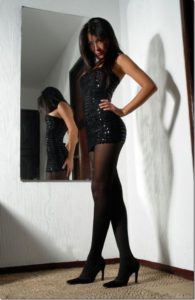 Jason said, “I think it is ok for you to get up in the front seat now.”

I climbed up into the front seat and asked, “Where are we going?”

Jason asked me where I wanted to go, and I told him I guess to where you are staying. He said he had been more or less living out of the car. He told me we could get a place though on the tribe’s credit card. I told him I thought that was a good idea.

We drove to a nice little motel. It offered a free breakfast buffet and had a swimming pool. As he stepped up to the front desk to inquire about a room, he was told the only thing they had left was a king mini-suite. He looked at me for guidance, and I nodded my head yes.

We walked up to the room, and he asked me if I was sure about the room. I told him I was, and that I trusted him. When I walked into the room, I could see this was going to take a lot of trust. The front part of the bathroom was open to the room. You walked into the bathroom to your left there was a vanity and to your right there was a large tub. The tub looked out on and was open into the room. It had whirlpool jets. There was another door that led into the toilet. You could close that behind you, but that tiny little room wasn’t even big enough to change in.

He looked at me and blushed. I asked, “Does the idea of seeing me naked intimidate you?”

He stuttered, but he was saved before having to answer as my phone rang. It was my mom. She told me she was safe, and that the police where there. Two bikers had been shot and killed near our home. Our home had been shot up. Mom told me to stay at the motel for the night and she would bring me some clothes and other necessities I would need. I asked why I couldn’t just come home. She replied that it wasn’t safe for me, and that she had talked to Officer Hadley. He suggested a trip to meet my tribe could be the perfect opportunity for me to get out of town and away from the group of bikers that were hunting me.

After I got off the phone with my mom, Jason told me I’d be fine.

I asked, “Can I confess something to you?”

He smiled and said, “Sure, anything you want to tell me you can.”

I said, “It is kind of strange, and I don’t mean to put you on the spot. Since I met you, I have felt a strong attraction to you. I haven’t ever felt that with anyone before.”

He smiled, softly touched me on the cheek and said, “I feel the same way about you Chloe.”

His touch had sent tingles throughout my body, and I was sure my panties were on their way to being soaked. I moved towards him, and he moved towards me. We kissed and our tongues sensually tangled. We made out for several minutes. Eventually, his hands came up to my boobs. My hands dropped to his cock. I could feel it throb through his jeans. It felt big.

I said, “I am a virgin, but if you want me, I am ready.” When I made the offer, it shocked me. It just came out of my mouth without thinking. I had messed around with a few guys, but I never felt right about giving myself to any of them, so I hadn’t.

He replied, “I am a virgin too Chloe.”

I was stunned. I wasn’t the only girl that had graduated from my school at 18 with her hymen still intact, but I knew the guys I graduated with at 18 that were still virgins were only virgins because they couldn’t find anyone that was willing to have sex with them. Jason was handsome, so I knew he could have had sex if he wanted to especially being out here on the road. I asked, “How could a hot guy like you never have been with anyone?”