The events I am describing took place ten years ago when I was on my annual day after Thanksgiving trip to Las Vegas with my friend and business partner. I love going to Las Vegas at this time of year because the crowds are very thin. Plus, the Christmas decorations are already up which always gives me a lift. I have been to Las Vegas in August and July too, and I’ll take late November and early December every time over the hot and oppressive heat of the summer.

Before I left for the trip, I had told myself no hookers this time as it was just too risky. I convinced myself either I’d end up catching something or end up getting arrested by an undercover law enforcement officer.

The big day finally came, and we arrived Friday at about noon Las Vegas time. I started drinking as soon as we dropped our bags off in the room. As that first day was winding down, I was getting tired. It was 11:30 PM local time, but it felt more like 2:30 AM as that is what time it was back east and what my body was used to. It certainly didn’t help that I had been drinking all day.

I made my way over to the poker bar, sat down, dropped a twenty into a video poker machine on the bar top making a show of the cash in my wallet when I took the twenty out. I ordered a drink from the bartender and waited. I knew what I was doing even though I had told myself I wasn’t going to do it. 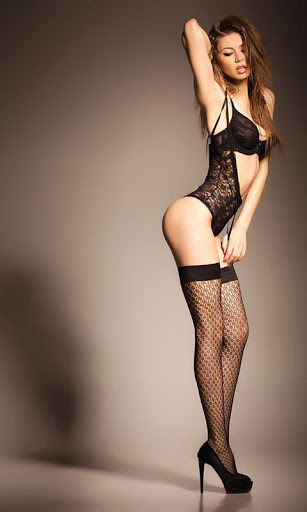 Not even five minutes had passed when a young woman, that was conservatively dressed and wearing a wedding ring seated a few seats down from me, asked me if I wanted to party with her and her friend. She said, “Hi, I am Mercedes.” She pointed to an attractive Latina girl in her mid-twenties sitting a few seats down from her. “That is my friend, and we are entertainers. We wondered if you would like to party with us?”

Having already been around the block, I knew how it worked, so I innocently asked, “What do you mean?”

She got up from her seat, came over and whispered into my ear, “You can party with me and my friend for $600.” Her friend waved at me. “For $600 we will do a girl/girl show in your room, and then you can fuck me.”

We talked for a couple of minutes. Then I looked at her, and said in the nicest way possible, “I am not interested right now. Maybe later, if you are still around.”

One of the things I learned in my prior trips to Vegas was that hooking up with a prostitute is a bit like shopping for a used car in that you don’t want to act too interested otherwise the price will be higher. In this case, I wasn’t that attracted to Mercedes although the idea of watching a girl on girl show up close did appeal to me. Mercedes was a skinny brown haired white girl in her late twenties. If I had met her anywhere else, I would have said she was a five or six. Since the proposition I was offered was going to end with me fucking her instead of her friend, the deal wasn’t that appealing to me. I can fuck an average looking girl back home for free. Why should I pay to fuck one out here? Now on the other hand, if the offer would have included sex with her friend, the Latina, I would have been all over it as she was easily an eight or nine.

I replied, “I was just kicking tires.”

He chuckled as he knew what I was doing. In fact, he was the one that introduced me to the whole married guys chasing whores lifestyle. I played for about ten minutes when a 10, J, O, K, and Ace came up on the machine all spades. My friend cursed as he had been playing a couple of hours and was down about a thousand dollars. I hit a $4k jackpot that required a hand pay from an attendant. It didn’t take long for the attendant to arrive as the machine had lit up and sent notice to their control room. The attendant counted out 40 one hundred dollar bills into my hand. I gave her a $100 tip and off she went.