The story I am going to tell you took place a few months after I moved out of my parents’ home and to an apartment near the college I was attending. I had two roommates, one was a guy named Rick, the other a girl named Kim. I was out partying with some friends and after some large amounts of alcohol and other stuff, I found myself suffering from a case of the munchies.

We were low on snack food back at the apartment, so I went to the local store and got some snacks. On the way back to my car, I heard someone whistle at me. I turned around and smirked as I walked to my car, wondering who it was. I also felt a sudden burst of pride in being attractive enough to get somebody’s attention. As I turned around, I saw two very good looking guys who were smiling back at me from inside their car. I laughed a little and said hi as I walked by. 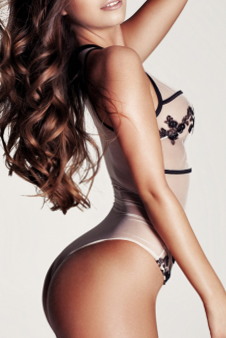 They called me over to their car, and I walked a little closer because they were totally hot after all. I still stayed about 10 feet away from them. I didn’t want to be within grabbing distance just in case. They said they were brothers which I didn’t believe one bit. We talked more about what was going on, where the parties were etc. They were from a small town just outside of the city and were seniors in high school. When I said that I was in my Sophomore year at college, they started teasing me saying that I was too old for them, but they still thought I was hot. It made me laugh and made me comfortable, so I stepped a little closer.

I questioned them again about being brothers, and they swore that they were. I asked to see their driver’s licenses. They immediately took them out and gave them to me. Sure enough, they were brothers. The only thing they hadn’t told me is that they were fraternal twins. I knew this because they were both eighteen, had the same birth date, address and last name. These boys were charming as hell. They knew all the right things to say, and after discussing how most of the parties I knew about were winding down or not worth going to, they said that they had beer in the car and just needed a place to drink it.

I took the boys back to my place. I knew my roommate Rick was going to be gone all night at his girlfriend’s place, but my other roommate, Kim, was there in our room sleeping because she had to go to work in the morning. We sat around, drinking a beer or two, laughing and shushing ourselves, so we didn’t wake Kim up. Then the fun started.

One of the brothers asked to use the restroom, so I told him where it was. While he was gone, the other brother scooted closer to me on the couch and started telling me that he was happy we were alone for a moment because he was dying to kiss me. I laughed a little and then looked over at him. I said, “You better hurry it up before your brother comes back.”

He slid his hand up my thigh a little, and put his other hand behind my head and kissed me softly. Then he kissed me much deeper and longer. I was really getting into it when I realized there was a hand sliding up my other thigh. So, either this guy had three hands or his brother was sitting on the other side of me now.

I moaned aloud and turned my head to look at the other brother only to find him smiling at me and waiting for his turn to kiss me, so we kissed deeply. I trembled a little knowing I had two brothers, both sliding their hands up toward the underside of my skirt towards my pussy. Realizing this was a very unique experience for me, I slightly parted my legs letting them know that I wasn’t going to fight this. They quickly took the clue and both of their hands went to my panties in an almost orchestrated motion.

One of them wrapped his fingers over the fabric of my panties and pulled them to the side as the other moved his fingers along my very wet slit. He plunged one finger and then two into my warm wet hole.